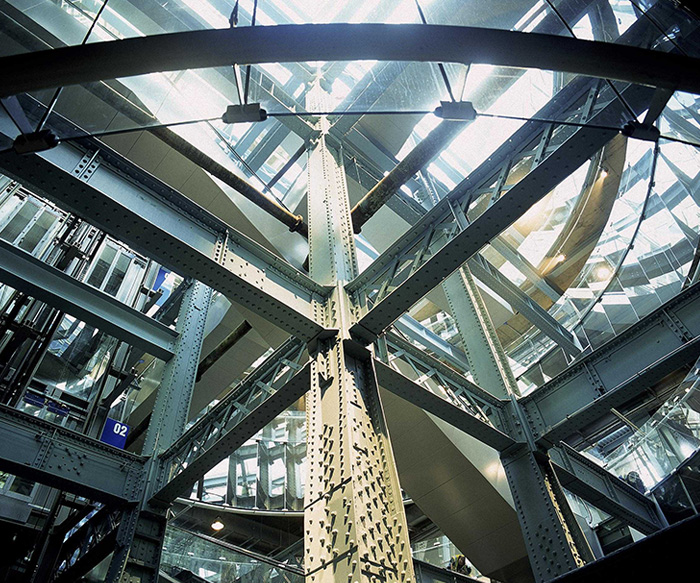 The Guinness Storehouse was built in 1904. It is believed to be the first “Chicago Style” steel-framed, multi story building constructed in Europe. The building was at once stage the tallest building in Dublin and offers panoramic views of the entire city.

In 1997 Guinness took a decision to restore this magnificent building for use as their new visitor centre. The new facility incorporates a visitor centre, training centre for Guinness employees, a central archive, and corporate hospitality rooms.

The project was undertaken in two phases. Demolition and building phase.

The demolition phase required JS McCarthy to grit blast 20,000m2 of structural steel and cast iron deck soffits to SA2.5 standard and the application of a holding prime by airless spray to a dry film thickness of 25 microns. The existing paintwork system had a red and white lead content and so necessitated all works to be completed in accordance with the provisions of the 1988 Lead Regulations Act. This work was completed in tandem with the demolition contractor cutting out concrete and cast iron floors, secondary and tertiary supporting steelwork. To comply with project team programme a twenty-four hour seven day week schedule was undertaken.

The building phase incorporated the airless spray application of a intumescent coating system to give from a half hour to a two hour fire rating to 11,000m2 This steelwork was finally finished with a compatible decorative colour for authenticity purposes The remainder of the steelwork was coated with a two pack surface tolerant epoxy coating system. Much of this work was completed by the use of abseiling techniques in order to gain the necessary access.

« Back to Projects Completed